January 17 is an amazing day to be born judging by those celebrating their birthday today.  Here are a couple people I would like to highlight. 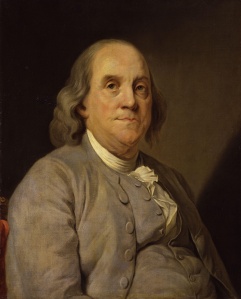 An accomplished musician, Franklin is known to have played the violin, the harp, and the guitar.  He was a composer and even invented a much-improved version of the glass armonica, in which the glasses rotate on a shaft, with the player’s fingers held steady, instead of the other way around.

But the thing I admire most is that he was very liberal.  He had common sense in spades.  During the Pontiac Rebellion, when a group of settlers known as the Paxton Boys murdered a group of peaceful Susquehannock Indians in retaliation to other Indian raids Franklin said, “If an Indian injures me, does it follow that I may revenge that Injury on all Indians?”

And who does not love my next personality?  The wonderfully spunky Betty White!

Born in 1922 and 90 years young today, this amazing actress, comedienne, author, and television personality is probably best known for her role Rose Nylund on The Golden Girls.  She has won seven Emmy Awards and nominated for 20 more.  In May 2010, she became the oldest person to host the hit show Saturday Night Live!

Betty is a pet enthusiast and animal health advocate who works with a number of animal organizations, including the Los Angeles Zoo Commission, the Morris Animal Foundation, and Actors & Others for Animals. Her interest in animal rights and welfare began in the early 1970s while she was both producing and hosting the syndicated series, The Pet Set, which spotlighted celebrities and their pets.

An amazing lady with a fantastic sense of humor!  Take a look at how President Barack Obama sent birthday greetings this year.

The stunning Ertha Kitt was born in 1927 on a cotton plantation in South Carolina.  An accomplished singer probably best known for her 1953 rendition of Santa Baby.  She spoke four languages and sang in seven, which she demonstrated with astonishing ease in many of the live recordings of her cabaret performances.

But who could forget her naturally purring voice that led her to be the most amazing Cat Woman on record.

She was an outspoken advocate for homosexual rights and same-sex marriage.

Sadly she passed away on Christmas Day 2008.

Next up is our very own current First Lady, Michelle Obama.  Born in 1964 in Chicago.

A Harvard Law graduate and an advocate for many causes including public service, military families and the organic movement.

As with any public eye, she has endured scandals (such as touching the queen of England).  However, she has maneuvered through them with a style and grace not seen since Jackie Kennedy.

I may not agree with everything her husband has done while in office, but there is no denying her kindness and generosity that radiates from her.

There are many, many more amazing people who were born on January 17 and if you would like to see a list (as well as important dates) be sure to check out the Wikipedia page here.  But I will only mention one more: the drool worthy Benno Fürmann!

Benjamin “Benno” Fürmann is a German actor born in 1972 near Berlin.  Americans man not be overly familiar with him as most of his work is in foreign films.  However, he did star alongside the late Heath Ledger in The Order.

I first became aware of him while watching The Princess And The Warrior, a German language film where he plays Bodo – an ex-soldier and drifter.  It was an amazing movie and I urge anyone who has not seen it to give it a try.  Check out the trailer:

I would like to conclude by saying Happy Birthday to a personal friend, Joseph, who has been there for me for the last 15 years or so.  I hope I have returned the favor at least a little.

Best wishes to everyone!  Many happy returns!

I have been fascinated by this topic for some time now.  So I thought I would get some feedback from readers. 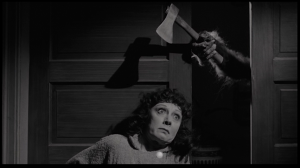 Let’s start with the basics.  What makes a fear a phobia?  The technical difference between a fear and a phobia is that a fear has a legitimate or rational basis while a phobia is irrational.  So someone who has a fear of ax wielding madmen has just that – a fear – as it is perfectly rational to be afraid.  But someone who has a fear of ladybugs (also known as ladybirds) has a phobia – Coccinellidaephobia, as a matter of fact.  And the reason it is a phobia – or irrational fear – is that ladybugs are actually considered a very beneficial beetle, especially to gardeners and rarely cause problems for humans.  Another example I have heard is that a fear of flying (Pteromerhanophobia) is irrational but a fear of crashing is rational.

But then why are some phobias not fears?  For example, there are some phobias that I believe to be completely rational.  For example: fear of rape (Virginitiphobia), fear of sharks (Selachophobia – I’m guilty of this one), fear of pain (Agliophobia), fear of nuclear weapons (Nucleomituphobia) and the fear of disease (Pathophobia).  These all seem like legitimate reasons for fear.  Or are they considered phobias because the likelihood of experiencing or encountering these events is sufficiently rare that they are no longer rational?  And if this is the case, what system – if any – do they base it on?

Then there are the natural phenomenon that have the potential for death and destruction.  There is the fear of tornadoes and hurricanes (Lilapsophobia), fear of water (Hydrophobia – another one of mine – *sigh*), fear of floods (Antlophobia) and fear of fire (Pyrophobia).

If anyone is interested there are many sites devoted to phobias.  However, my personal favorite is List Of Phobias.  It seems to have a good list and an in depth page when you click on the phobia.

Sadly, I do not have answers to any of the questions I posed.  So I would like to ask my readers to tell me their opinions.

And as a final note, I find this just plain mean (in a funny sort of way): Hippopotomonstrosesquippedaliophobia – a fear of long words.