I have a confession to make.  I have a hard time talking to Republicans.  They dazzle me with their complete lack of a coherent argument or they twist real words into meaning something else or their staggering ability to just make shit up.  Facts are no obstacle to these people, it seems.

The good news is that I have discovered two things that will help me next time I enter the minefield that is talking politics with Republicans – The Complete Idiot’s Guide to Speaking Republican by Elizabeth Parker and The Official Dictionary of Sarcasm by James Napoli.

The Complete Idiot’s Guide introduces you to the “lingo” that Republicans use – so I will no longer be confused by any twisted word meanings.  Here are a few examples of some helpful ones:

Communism: A catch-all term for anything that promotes tolerance, fairness, transparency, or social justice. Has no relation to the actual theory and practice of communism.

Entitlements: Stuff you aren’t entitled to, even though you pay for them with your taxes or financial contributions: Like earned benefits, food, housing, education, healthcare, and other ridiculous luxuries taken for granted in all the other modernized and wealthy — and some not-so-wealthy — nations (see Pensions).

Fiscal Cliff: A non-existent precipice over which we’ll tumble if we don’t enact tax cuts for the wealthy and draconian austerity measures for the rest of us.

And War on Christmas: Publicly acknowledging the existence of other (non-Christian) winter holidays besides Christmas.

And there are many, many more enlightening terms that help you grasp what Republicans are actually saying.  I highly recommend printing it out and using it to translate a Fox News broadcast as a Democrats version of closed captioning.  *Note: you might want to wear a helmet if you try this, as the rate in which your brain cells will self-destruct while under the influence of Fox News could be catastrophic.

Now hop on over to Amazon.com, your favorite bookseller or the National Sarcasm Society website for a dose of sarcasm that can really help you get a leg up in conversations with Republicans.  I should take the time to make another note here.  There is a disclaimer at the bottom of the cover – it is in small print, so some people may not see it.  It reads: “*Not Approved for Use by Stupid People”.  So if you pick up a copy, be sure not to leave it laying around.

A few of the gems from this tome include:

Accent: A way of speaking that reflects the region of the world in which you grew up.  Depending on where that is and where you are when you use it, it could either get you beat up or laid.

Bankrupt: A state of financial destitution.  Also a morally bankrupt person, which, ironically, usually describes someone who never actually experiences being literally bankrupt, because being a greedy, egotistical a-hole usually keeps you well out of the red.

City Official: Someone who routinely puts the needs of his or her constituency after his or her own self-serving desires.  No, that was not a typo.

President: A person appointed by the American people to screw up the country for a period of four years.  Or, if the screwing is really going well, eight years.

Tech Support: People in a foreign country who are getting paid almost nothing to be friendlier and more helpful than people in your own country could ever hope to be.

Thanksgiving: A complete implosion of the family unit, with turkey.

And the Washington Monument: Described in the guidebooks as the world’s tallest obelisk, when it is perfectly clear to anyone that it is a phallic symbol straight out of a Freudian fever dream.  Trying to live up to this impossible male ideal is part of what gets the United States into so much trouble.

I hope this post will come in handy for other Dems who have difficulty holding their own with Republicans.  I know I now have more confidence.  Thanks Elizabeth Parker and James Napoli!

*This post was originally written (by me) and posted on September 7th, 2013 on All Things Democrat.  You can find the direct link to this post here. On a side note, this happens to be one of my favorite blog posts!

I highly recommend you watch Erik the Viking if you haven’t, or re-watch if you have. I got to watch it again last night and it is still a fun movie – although I was watching it specifically because I wanted to refresh my memory on what I wanted to discuss here.

This little known movie from 1989 was written, directed and even starred (briefly) Terry Jones – of Monty Python fame. There are two aspects of the film I want to concentrate on and how they relate to our world today. However, in order to do that I need to try to give you a brief synopsis.

The main character of Erik the Viking was played by Tim Robbins. However, he is a gentle Viking and does not see why everyone must fight, rape and pillage. Freya, a wise woman (Eartha Kitt), tells Erik that the age of Ragnarök (an ice age of darkness) and the ensuing violence is caused by Fenrir the wolf who had swallowed the sun. The only way to bring Ragnarök to an end is to travel to Asgard and awaken the gods, who will chase her (Fenrir) away.

Erik decides to take Freya’s advice and recruits members of his village to undertake the voyage to Asgard with him. Among those is a Christian missionary named Harald, who opts to go along in hopes of finding people to convert.

This brings me to the first aspect I want to cover. It is philosophical and a unique way of looking at religion and its followers. Harald is a Christian while the Vikings believe in the Norse hierarchy, led by Odin. So, Harald is unable to see anything that the Vikings believe in, like this scene when they reach the doors of Valhalla.

It is a fascinating concept and one I think we need to take to heart. There are a lot of religions out there. Not everyone believes what you do. And therefore not everyone sees the world in the same way.

Prior to reaching Asgard and the Hall of Valhalla, Erik and his ragtag team needed to travel to Hy-Brasil in order to get a horn that is needed to wake the gods. Hy-Brasil is a peaceful island where King Arnulf (Terry Jones) is in charge of some very odd ducks indeed. But that is beside the point. The point is that Hy-Brasil is under a curse that states that should a single drop of blood fall upon the land, the island would sink. Needless to say shit happens and blood is spilt. The island immediately begins to sink.

Now we arrive at my second aspect. King Arnulf and his people are in complete denial and instead of trying to evacuate or do something, anything, they decide to have a sing-song and ignore the rising waters.

This is vitally important because this is what the Republicans are doing in regards to climate change. You can pretty much kiss Norfolk, VA goodbye. The city is now second only to New Orleans in terms of being threatened by rising seas. It regularly floods at high tide. But climate change is a hoax and doesn’t exist.  “It’s alright.  It’s not happening.”

The response to global warming and climate change that has emerged from Crazy Town (aka Texas) pastor Matthew Hagee is that it is not anything environmentalists have spent years researching, but the imminent return of Jesus.  Although we should respect each other’s beliefs, we cannot in good conscience do so at the peril of others.

See, even pretend Vikings are smarter than the right wing.

*This post was originally written (by me) and posted on June 4th, 2014 on All Things Democrat.  You can find the direct link to this post here. 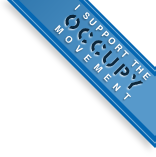